Ben Horowitz is a founding partner at Andreessen Horowitz (a Silicon Valley–based venture capital firm).  He was previously the co-founder and CEO of Opsware (formerly Loudcloud) which was acquired by Hewlett-Packard for $1.6 billion in 2007.  In The Hard Thing About Hard Things, Ben concisely delivers advice about how to make tough decisions using examples from his time at Opsware, as well as discussing how to be an effective CEO.  A must-read for managers and start-up founders alike, even if some of the scenarios are slightly more idealistic than I’ve seen!

by Jocko Willink and Leif Babin

Jocko Willink and Leif Babin discuss leadership in one of the most extreme and stressful environments possible – the battlefield –  and how it can successfully be applied to business.  Informative yet humble, this book presents a strong overview on how to implement a strong company culture and serves as an excellent reminder on the importance and effectiveness of (you guessed it) taking ownership and not blaming others.

This book is about the “pickup community” – described in the book as, “men who use psychology to convince women to sleep with them.”  Through this, however, Neil Strauss gives examples of the importance and success of iteration, persistence in spite of failure and understanding your target audience.  It’s also interesting to learn about the psychology of the human mind and how everyone can exhibit and be susceptible to similar behaviour.

How to Win Friends and Influence People ★★★★☆

A must-read for most people, although you may find yourself already doing much of what Dale Carnegie suggests.  In How to Win Friends & Influence People, he outlines three techniques for handling people, six to make people like you, twelve to more effectively help you to convince others and nine which will make you a more effective leader.  If you would like to see what these are or need a reminder, I’ve written up a brief summary here.

Although I personally felt that a lot of the scenarios are idealistic (it’s easier said than done to hire the perfect employees, especially when you don’t have Silicon Valley talent on your doorstep and need manpower urgently), there are a lot of valuable takeaways from this book.  Peter Thiel sagely outlines some smart pieces of advice to pre-idea and early-stage founders.  Smart guy – just be sure not to piss him off.

Freakonomics is an interesting read that leans on historical examples to encourage a new way of thinking.  This book is especially useful for increasing your awareness of the incentives and motivations people have and how this can influence their actions – for example, how real estate agents behave very differently to buyers versus sellers based on what they are trying to achieve.  Useful in that it will get you thinking how best to set KPIs to ensure that they line up with what you want out of your employees/business in order to prevent misaligned incentives.

Nudge outlines how you can design environments in order to make things easier for people and that this can influence how they behave.  The examples in the book revolve around canteens and shops (B2C sales), but this can easily be applied to other businesses.  For example, by making process systems more visual and easier to read, you can make staff more likely to read them, use them and retain the information.

It is hard to deny that there is still gender inequality in the workplace.  Sheryl Sandberg’s Lean In appears to mainly target females with the aim of inspiring them to take action to reduce this imbalance through everyday behaviour.  However, it is also an important read for males in order to ensure that you are able to fully understand this imbalance and support any women you work with so that you can get the most from each other as a team.

Mark Manson emphasizes a change in mindset in this book in order to help you find true happiness in an increasingly digital age.  Some useful examples of human psychology over why some people get angry over seemingly trivial things – a useful addition to your leadership repertoire.

Eric Ries discusses the importance and effectiveness of being lean and agile as a startup, such as testing and iterating as you go along rather than attempting to build the perfect product.  A lot of these lessons are inherently useful although, depending on your experience, you may find yourself not gaining a significant amount of new knowledge.

Clayton Christensen asks some useful questions in the pursuit to help you “be happy” by finding out what really motivates you.  Some useful anecdotes (such as a study on how milkshakes are often bought to “pass time” as opposed to “quench thirst”) help to illustrate a shift in thinking.  Like several others, however, this book may come across as slightly idyllic.

21 Lessons for the 21st Century looks at behavioural, economic and social trends; many of which we area already in the midst of.  For those who keenly follow the news, the lessons (nationalism, automation/universal basic income, data privacy, etc) will come as no surprise.  Nonetheless, an interesting and enjoyable read. 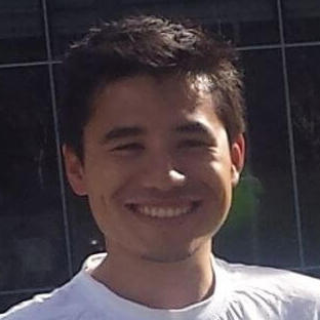